What would be a good way to run a ground from the existing grounded circuit to the new power outlet from another circuit?

So after asking around here I was told that it is OK to run a ground wire from an existing near by power outlet (on a different circuit) to a new power outlet. The layout is below. The garage circuit(to the left) is something that I extended to that end of the garage using PVC conduit.

What is a recommended way to run that wire, given the below layout? 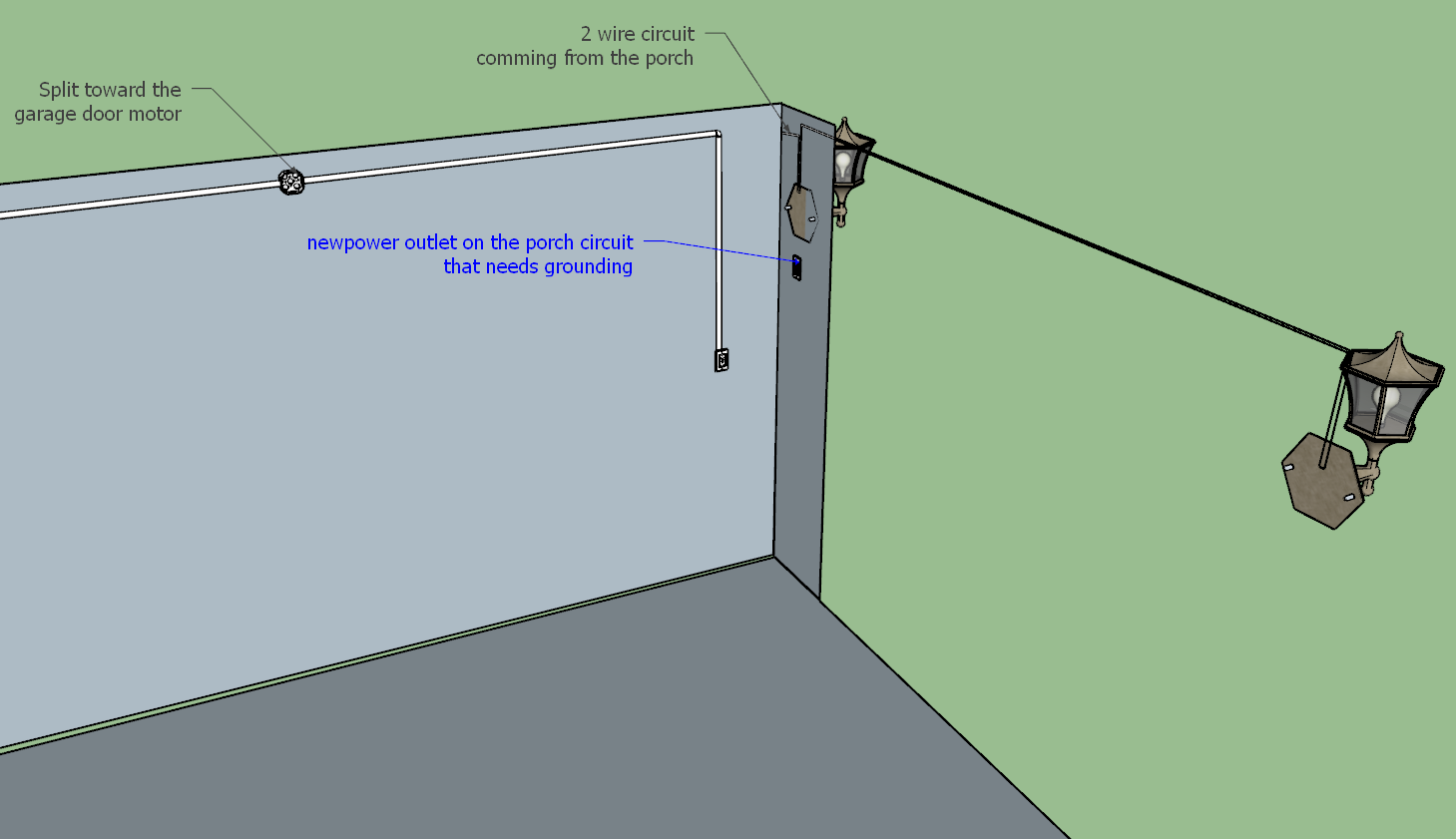 Update: here are is the type of wire that was used by the previous owner AND a close up of the point where the cable enters the wall to feed the first light and then it exits to go up and head over to the second light. I rotated the image so you can read the wire specs, in fact the right side is the bottom of the image

My intention is to install a power outlet just below that hole I might want to add a switch to shut off the lights when the in house switch is on so I can work with the table saw without having the lights on during the day time.

Update: Here is a picture of the box behind the first light (the one to the left). The black (hot) wire seems to have a cracked insulation just where it exits the wall, I had to put some tape there 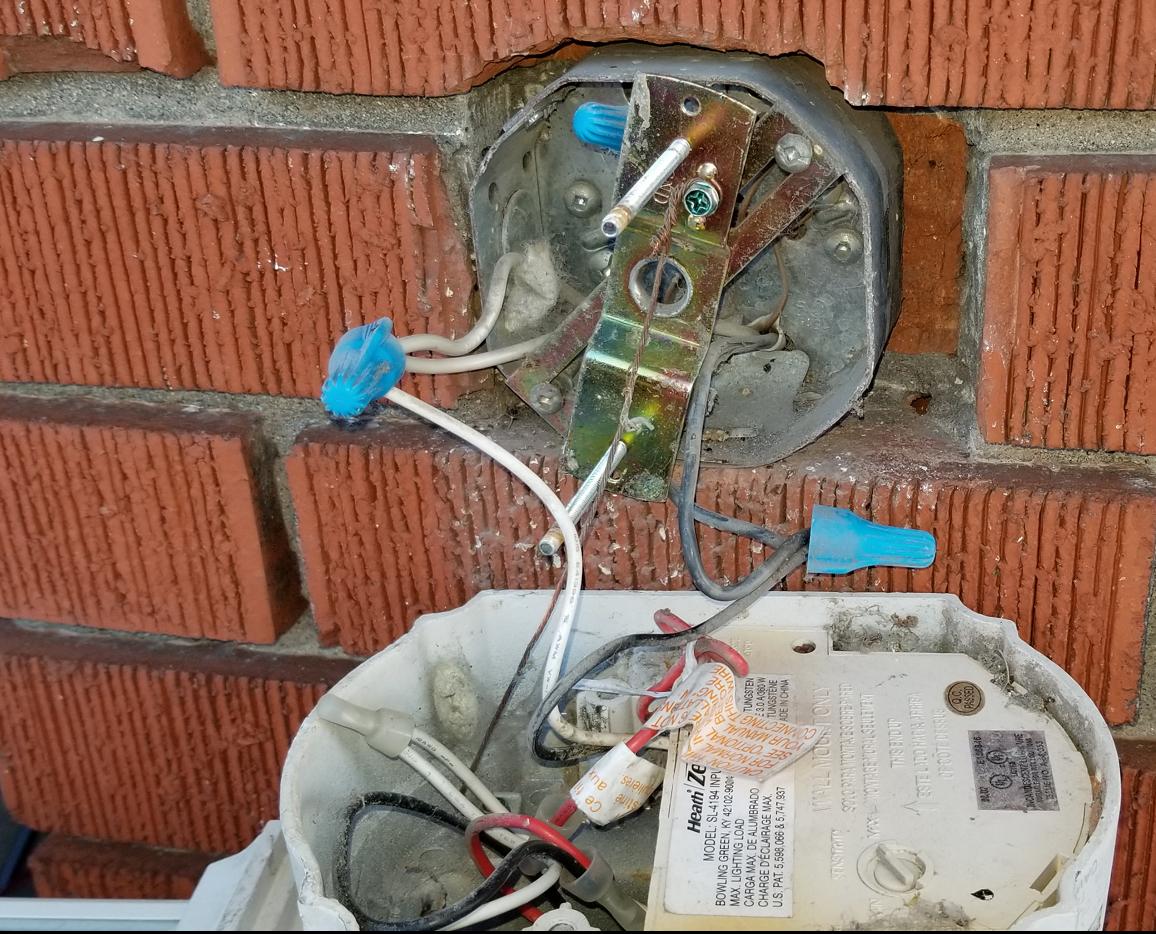 Are you looking for the answer?
Original Question and Possible Answers can be found on `http://diy.stackexchange.com`
Question Tags: grounding, wiring